If you checked out my post last week, or even caught some shots on Instagram, then you know that we discovered a leak in our home a couple of weeks ago.

Well today, I am here to continue giving you a play by play of the damage. As I mentioned last week, my dining room walls were torn out so that the plumbers could pinpoint exactly where the leak was coming from. Since I have a bathroom just on the other side of my dining room wall, and that bathroom sits just above the basement where I also received significant damage, they knew it had something to do with the pipes from that bathroom.

You can read the full recap of the discovery and damage to my living room here. 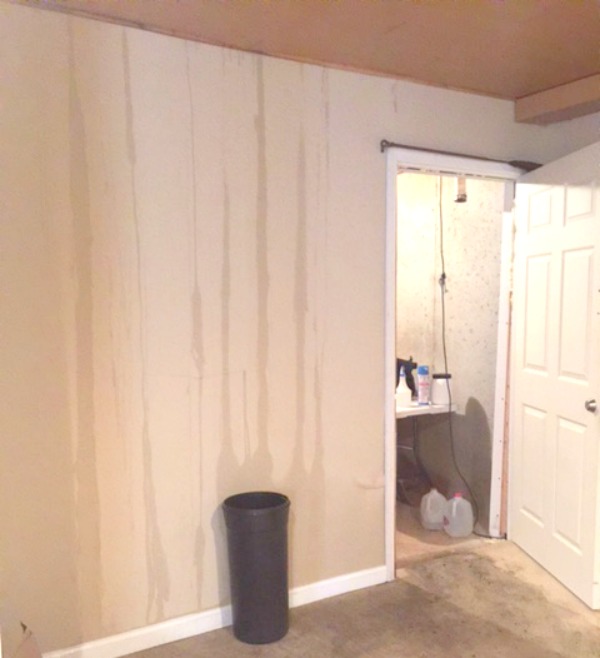 Well, my basement was not safe from any damage. Last week, I showed you all this picture would is how we discovered the leak in the first place. It started as small drops and became this in just a couple of days.

Where we have that black bucket is initially where the water was.

So let me paint the picture. But first, let me warn you…

My husband had an old office, and when he moved it, he basically dumped all of the old papers in the basement. He had placed them in a pile to discard prior to the leak, but the water got to them first.

Moving on…When you open my basement door, there are stairs right in front of you. 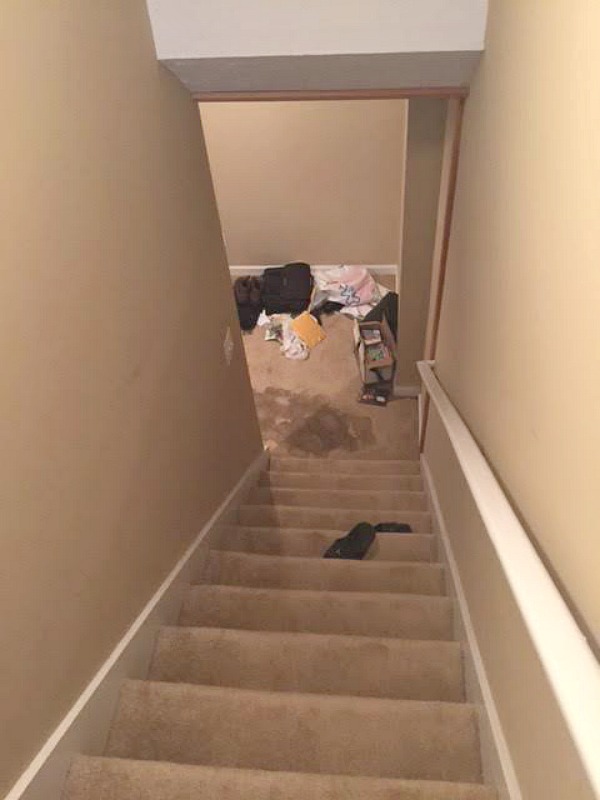 As you can see at the bottom, water had begun making a trail from under the stairs. Behind the stairs in an unfinished area that is plumbed for an additional bathroom. I will show you the area in a few.

After you come down the stairs, there is a pathway that leads into the basement. 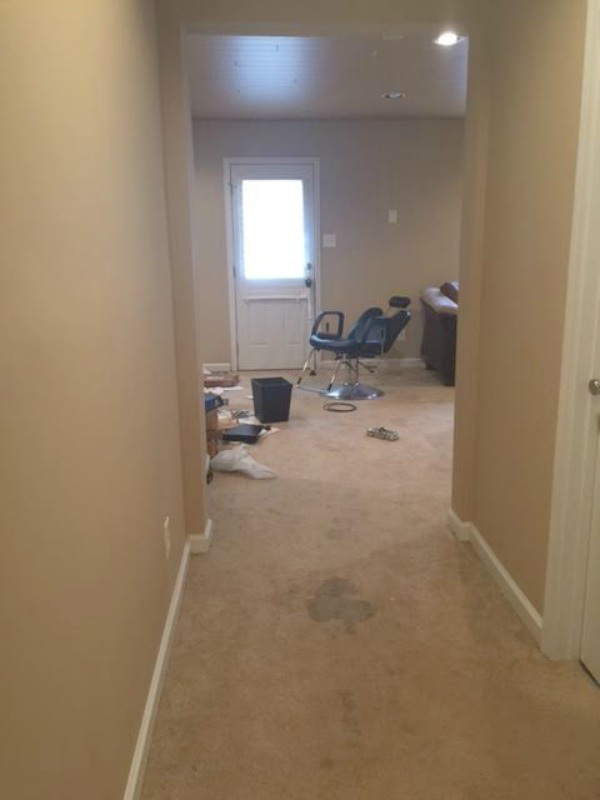 Those dark marks are water spots that had begun coming up through the carpet.

This is one side of the open area in the basement. As you can see from the darkness on the rug, water had really made its way under the carpet. 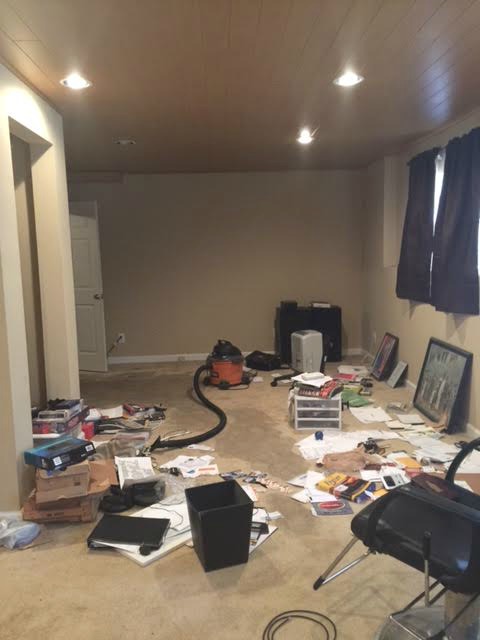 Just to the left of the open area, is where we originally discovered the leak. Remember this?

And on the other side of this wall is the unfinished area that I mentioned was causing water to seep from under the stairs because it sits next to the stairs technically. 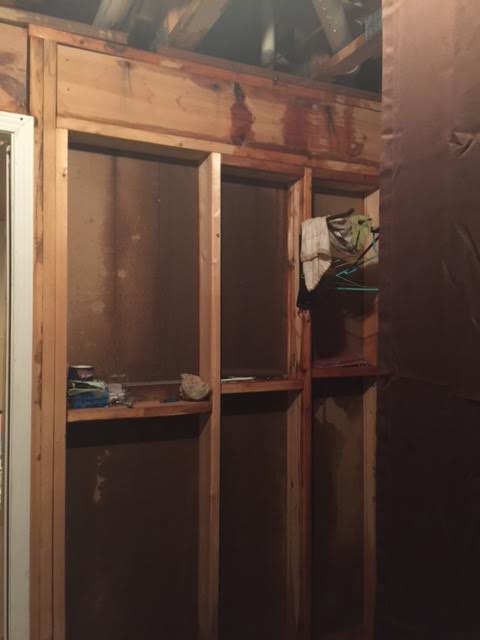 So you can see that the leak was centered in the area, which is directly below that wall between my dining room and bathroom.

Just like they did upstairs, the water mitigation company came in and pulled up the carpet and set our large dryers. Again, all of the dark areas on the concrete is actual moisture. 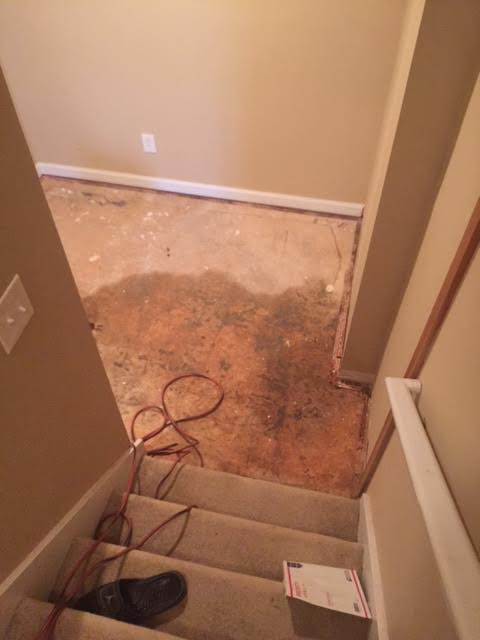 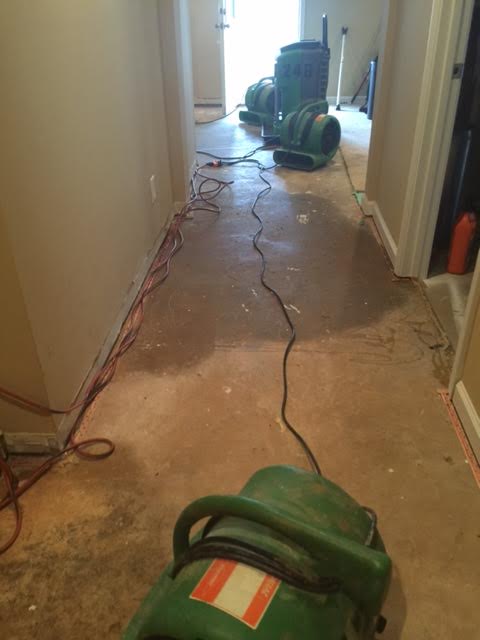 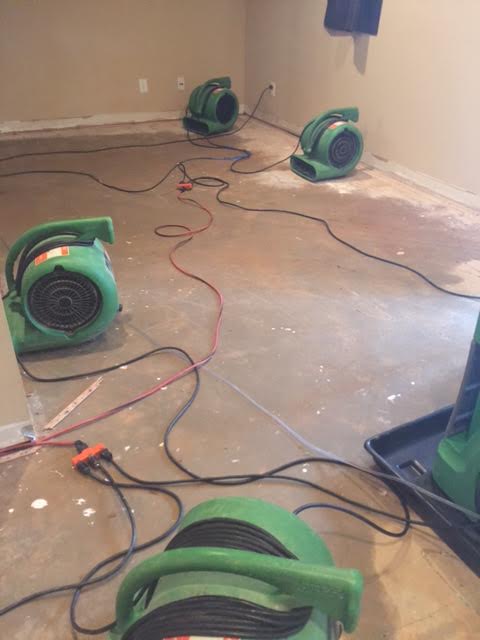 They had to removed the drywall between the unfinished room and the finished portion. 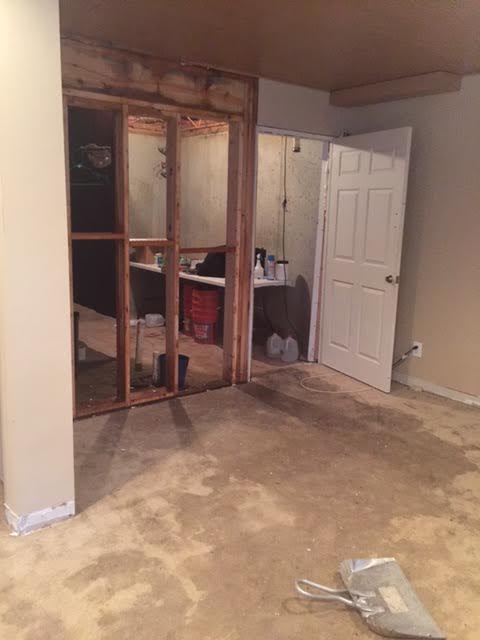 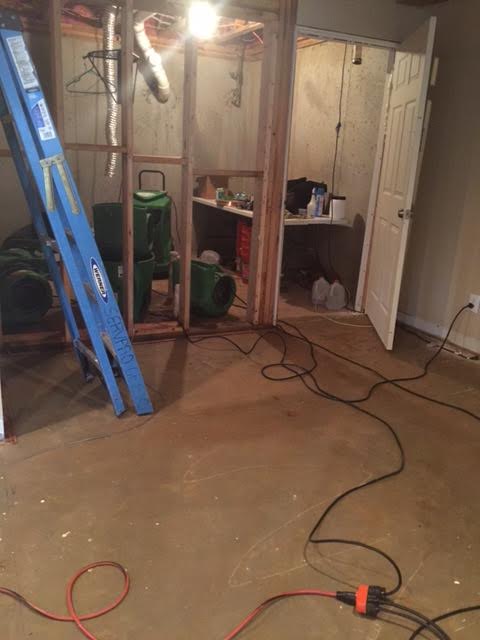 So needless to say, I have lots of work ahead of me. I will be working with a contractor on repairs so I will have to pick out alot of new finishes. As it stands now I will have to get

That is going to suck because I love that ceiling, but I will find something similar for sure.

Upstairs I will have to get…

I also plan to get some other things done, since I will already be working with the contractor so stay tuned for that as well. Until its confirmed, I will keep it hush hush.

Thanks so much for stopping by. 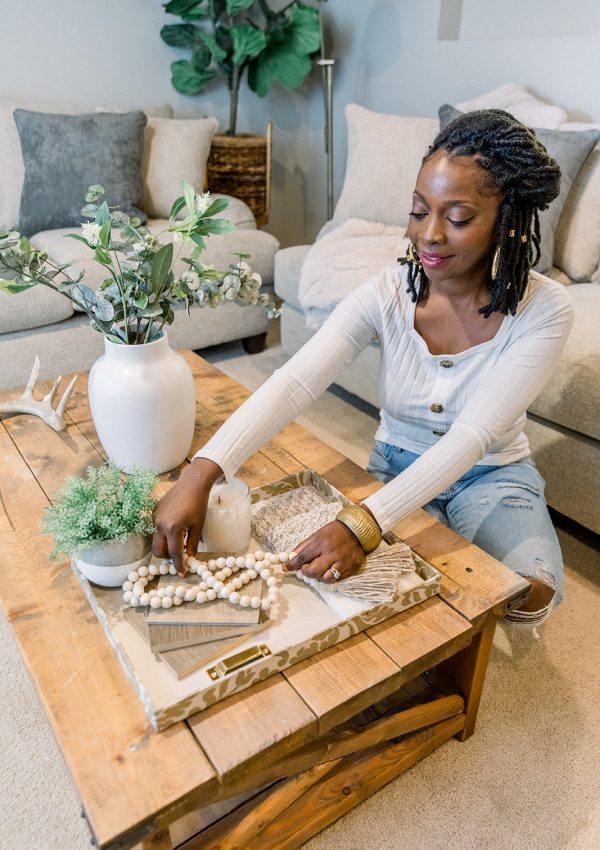 Working on my Basement Mood Board 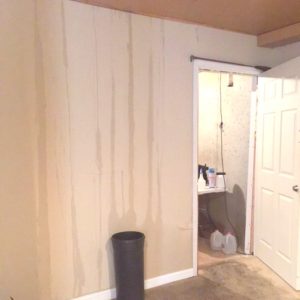 The Ugly Side of Owning a Home: When There is a “Leak” Part One

So yesterday I won the best DIYer on a budget awar

You don’t need the biggest or the best, you just

#ad I love open shelving for two main reasons. One

In 2021, I’ve committed to keeping my highly use

Today is #nationalcleanoffyourdeskday. You’re we

Happy Sunday! So we survived the first full week o

Wishing on star that I can be teleported to anoth