A while back on Instagram, I posted a sneak peek of a dresser/changing table that I was working on for my little one’s nursery. Well, some time has passed and I promised a tutorial so I guess its time! Especially since my little one is here and already six weeks old. I have so much to update you on, but let’s start with this: 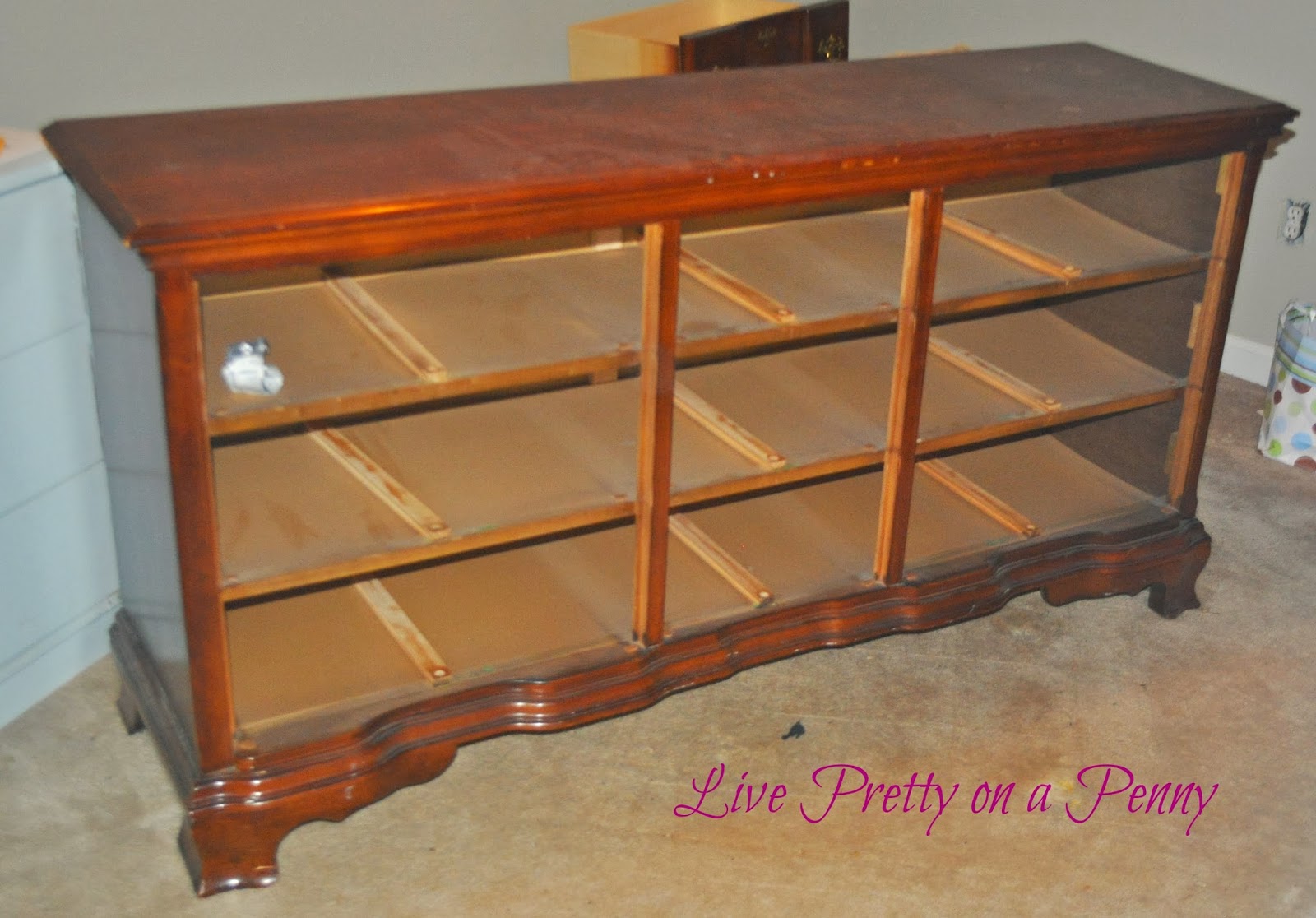 This is an old dresser that my husband used in his apartment prior to getting married. It had been living in the guest room and I have been requesting to strip and paint it since we moved into our home over two year ago. Of course the answer was “why mess up a good antique dresser?” My internal response was “it’s ugly and I hate it.” Anywho, once we found out we were expecting, we were determined to repurpose things around the house, as we could. Lucky for me, I talked him out of buying a new dresser and decided to just makeover the one we had.

Here is how it turned out ( not sure why the image is blurry): 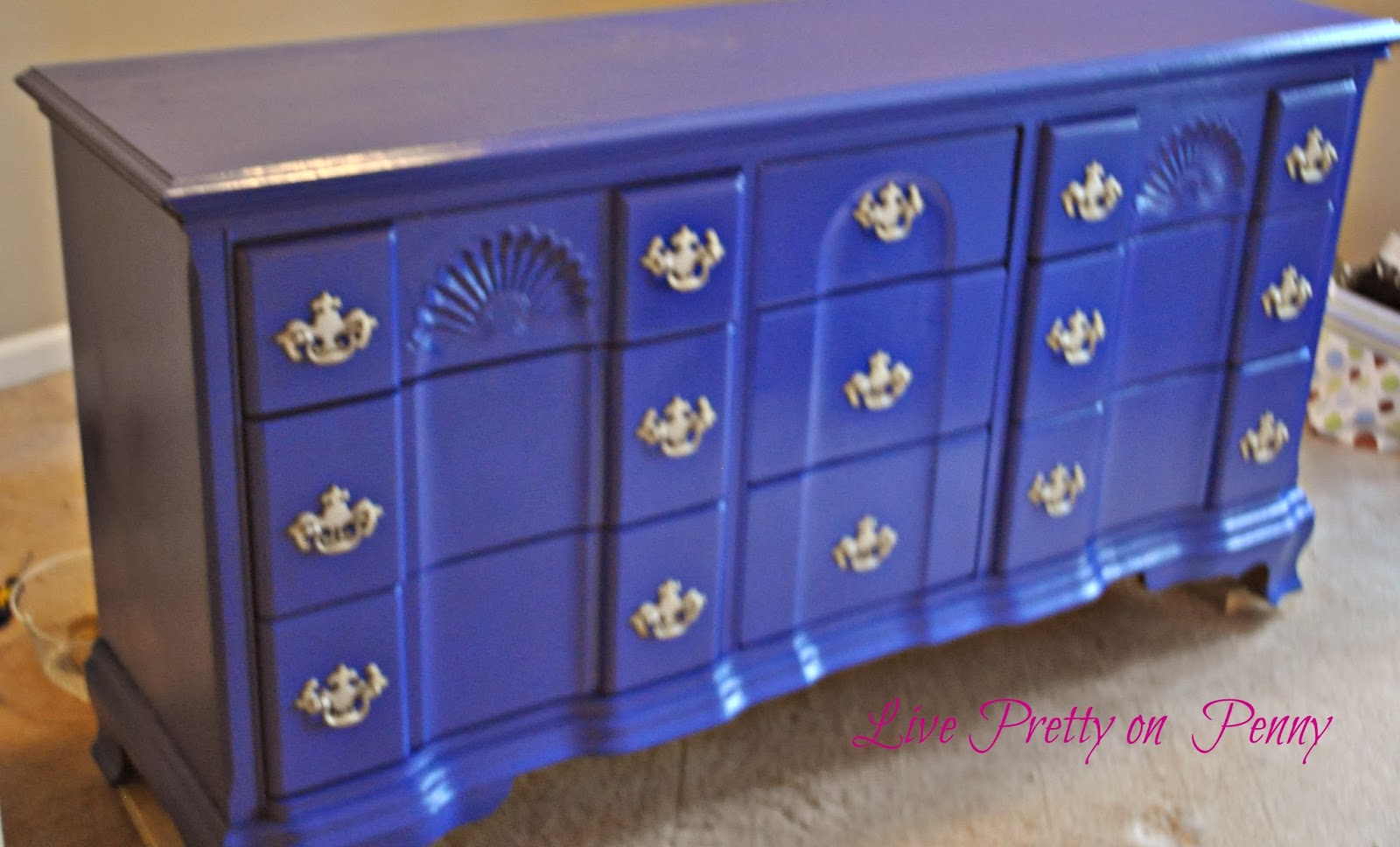 With a little work, you can achieve the same results. Here is how I did it….

First I removed all of the drawers, as you can see from the top picture. I unscrewed all of the hardware, propped the dressers on old cut 2×4’s, then I proceeded with a quick hand sand. When I say quick, it was quick! Nothing fancy, just enough to rough up the surface. This is done so that the primer/paint can actually adhere to the surface and won’t chip off during use.

Once I sanded the surface, it looked like this: 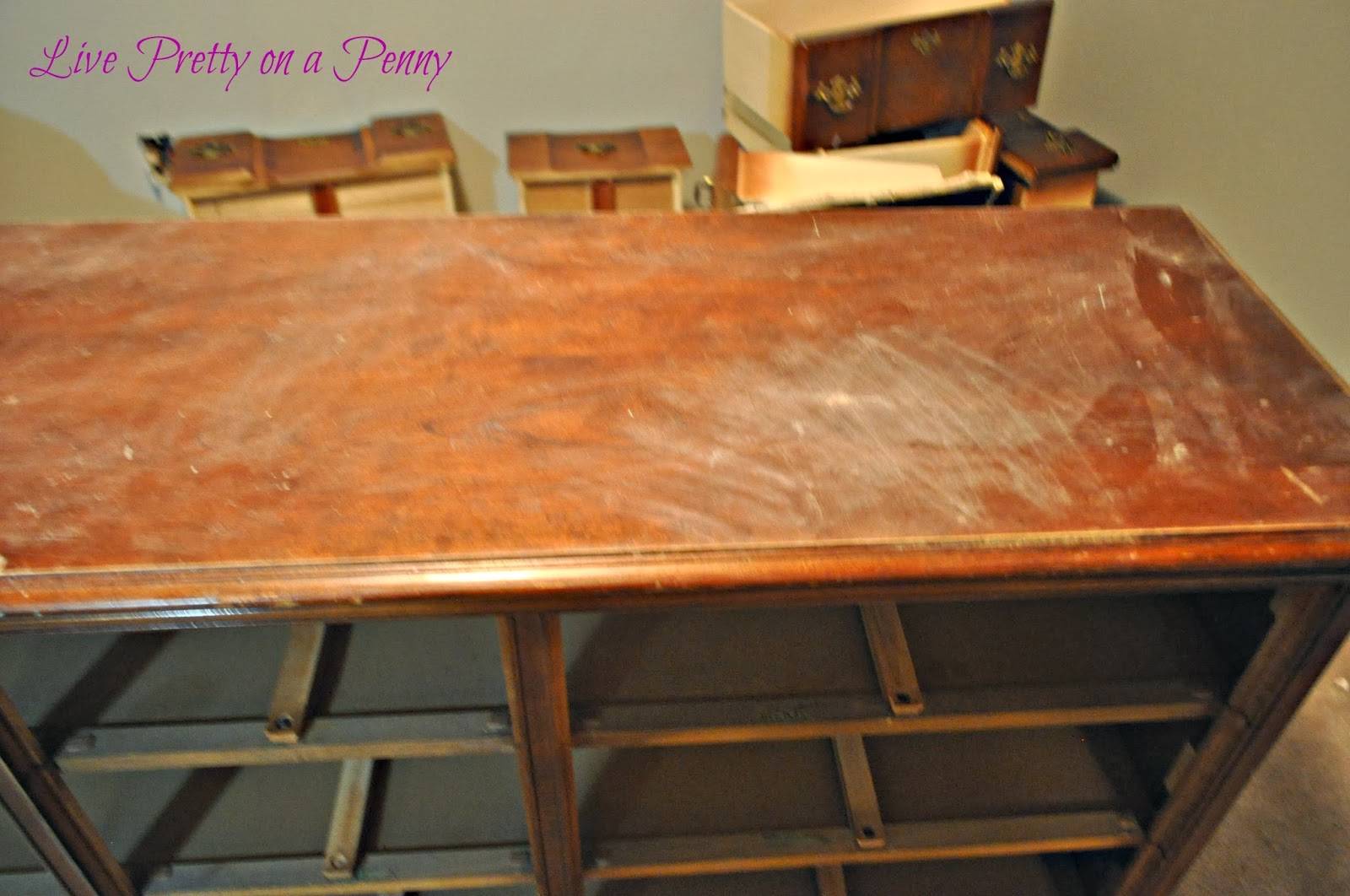 After sanding was complete, I wiped the dresser down with a dry rag and continued with priming. When priming this dresser I used Zinsser 123 Bulls Eye Water Based Primer and applied it with a small sponge roller in the direction of the wood grain. Some people go with an oil based primer, but I would be using this in the nursery, and I didn’t want the odor so I went with the water based one. Plus it dries faster and I am impatient:) 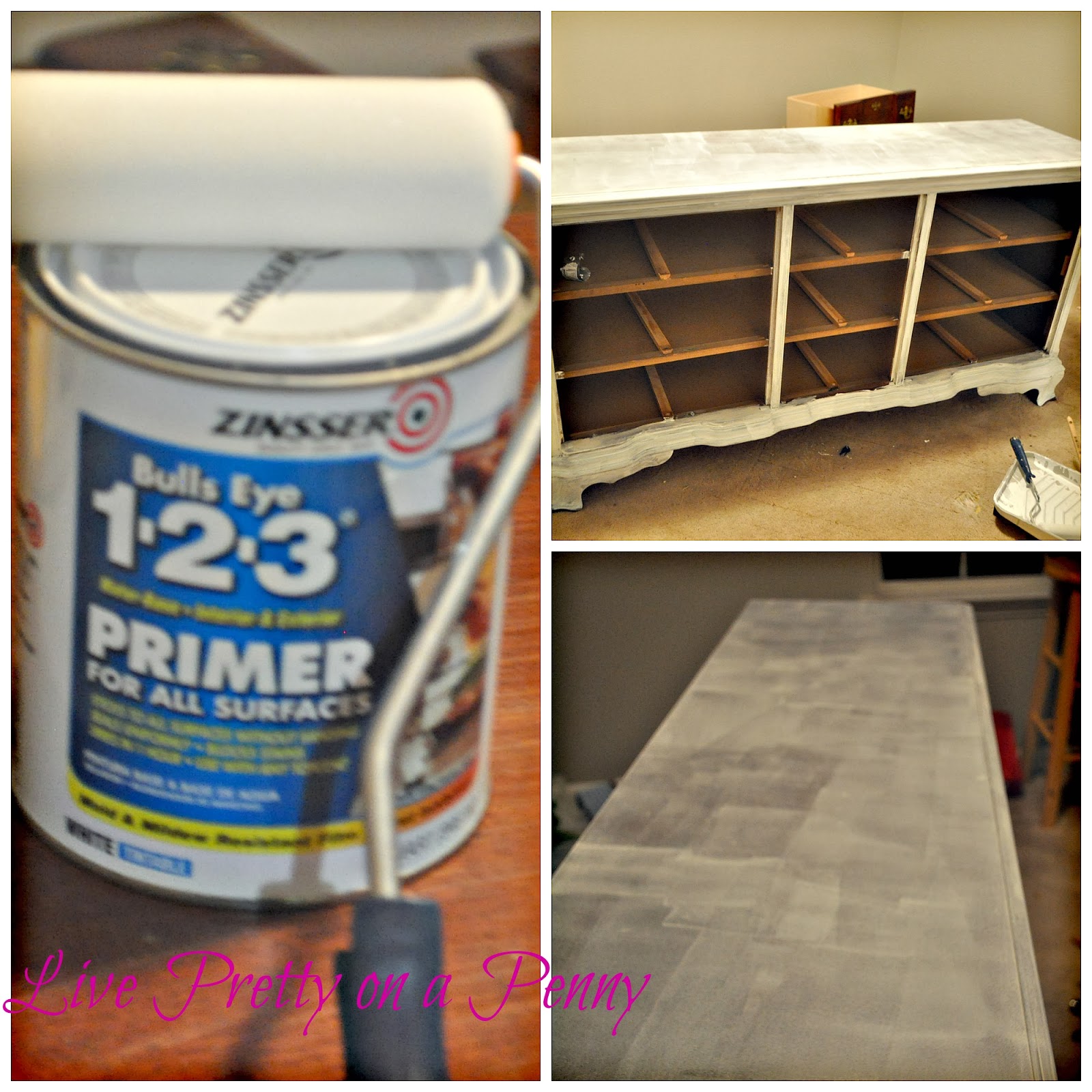 I could have applied two coats of primer and I probably would have been fine, but I applied three to be safe…allowing several hours of drytime in between each coat. After the final coat I let the dresser sit overnight.

I knew that I wanted a rich blue color for the dresser, so I went with Behr Dark Cobalt Blue. I forgot what finish I used, but if I had to guess, it was probably satin. Definitely not flat, as I wanted something that I could easily wipe off.

I painted the dresser using a small sponge roller, the same as the primer, letting the paint in between coats, for a total of three coats. I followed all of the steps for the drawers as well.

In deciding on hardware, I knew that I did not was to close the original holes, because making new holes would be too hard and a bit too tedious for me. I went and checked out several retailers for new hardware, however because the dresser is so old, the spacing of the hardware holes no longer exist. I know! I couldn’t believe it. So I was forced into using the original hardware.

I had some leftover spray paint in my garage from Hobby Lobby in a color called Pewter. I took a chance and spray painted the old hardware and it worked!

After all is said and done,here is how it looks in his room: 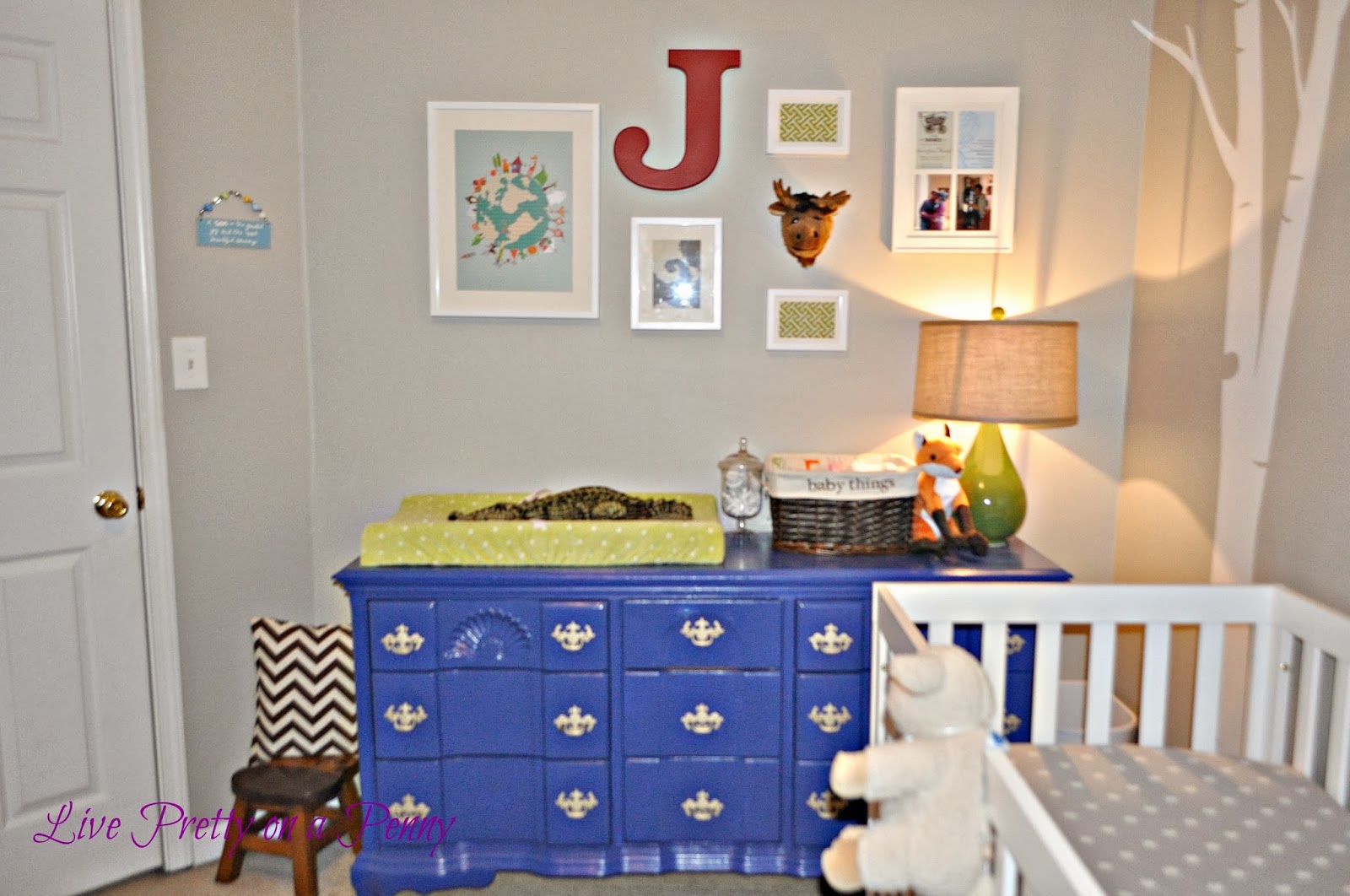 I hope to soon be able to photograph his entire nursery. I am so in love with it!

I’m linking up to:

Home Stories A to Z 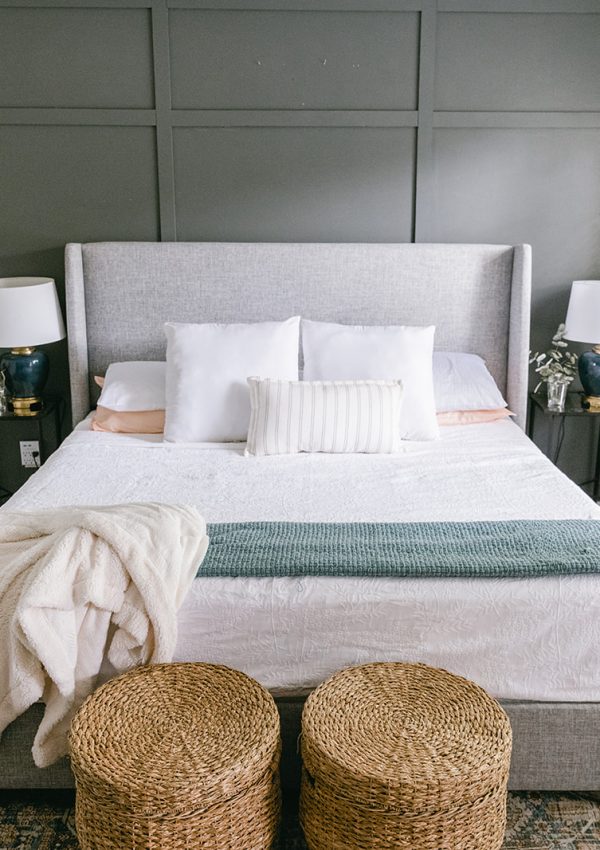 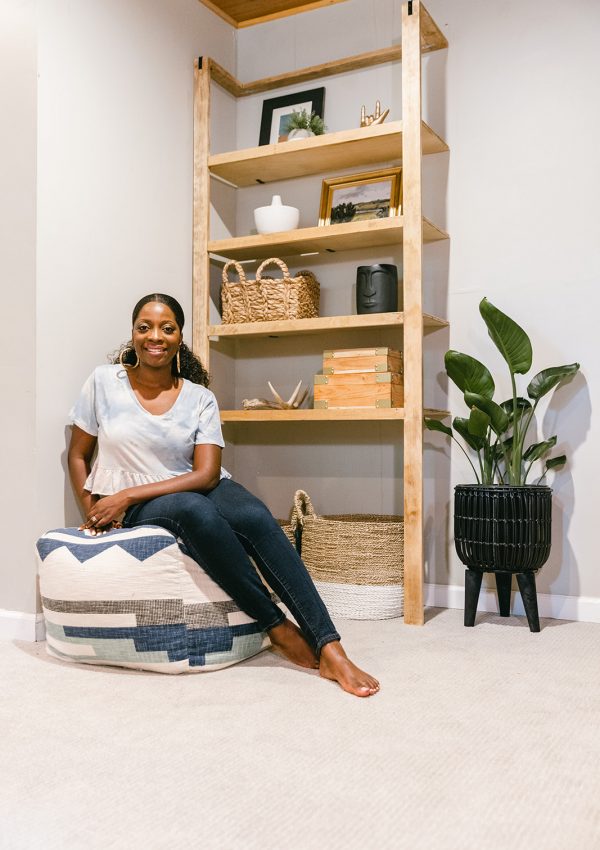 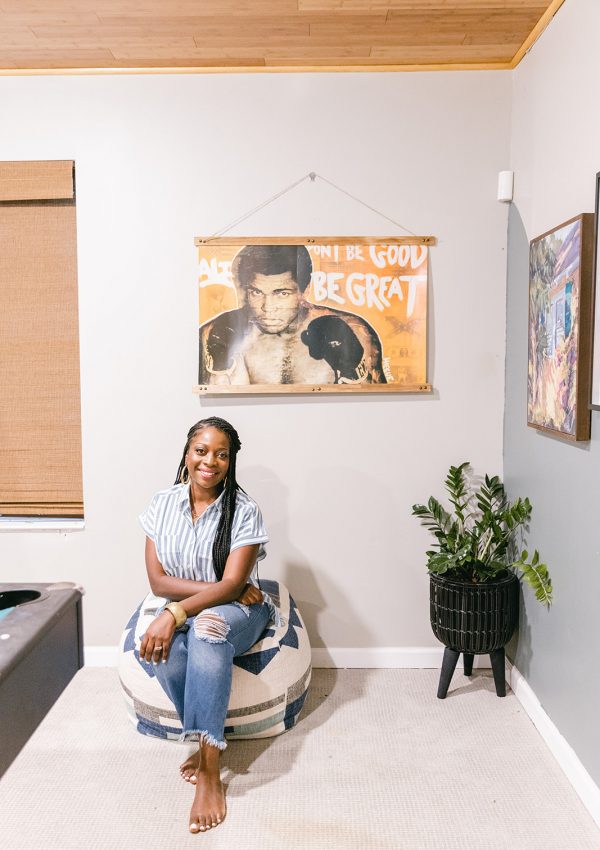 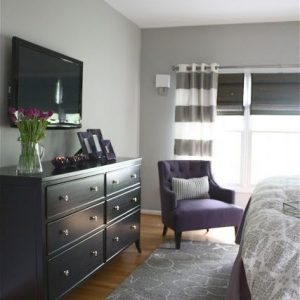 #ad Over the last year, I've taken you on my @stai

Have an ugly, plain door? Elevating it and paintin

Do you ever look forward to bedtime? #ad With my @

So I’m a shoes off in the house kind of person.

My #newyearnewroom reveal is live on the blog. Whe

Although we are still working through making the b